The DeCapper option enables the automated opening and sealing of vials with a magnetic screw cap using the Multi Purpose Sampler MPS. 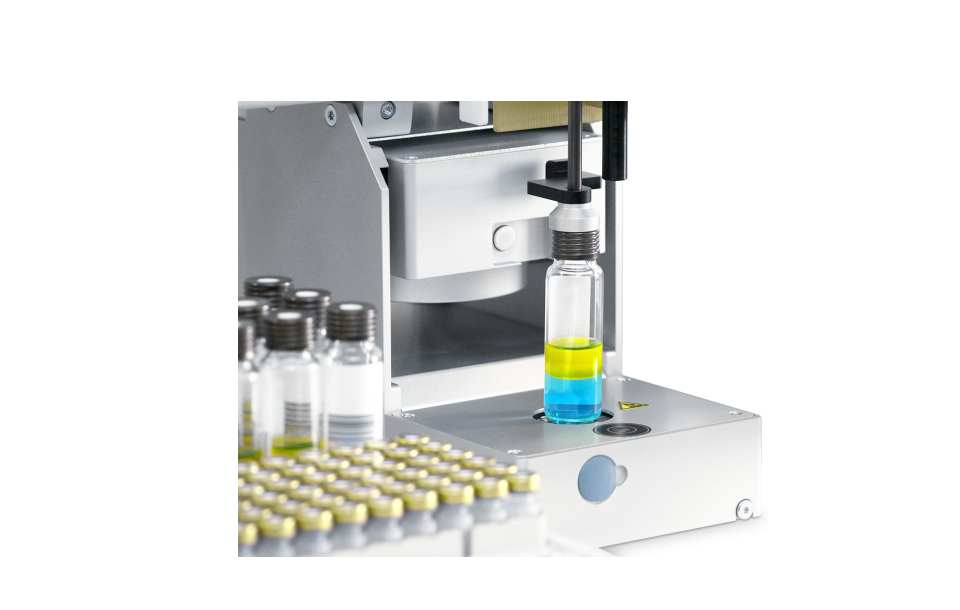 The DeCapper option enables the automated opening and sealing of vials with a magnetic screw cap using the Multi Purpose Sampler MPS. The system is controlled using the MAESTRO software. Within the software itself, all sample preparation steps can be prepped ahead to save time.

Functional principle of the DeCapper option

The MPS transports a vial into the DeCapper. Inside the DeCapper, the vial is fixed and the cap is unscrewed from the vial. The vial is now open and the substance inside the vial can be processed further using a pipette tip, for example. In a second step, the DeCapper screws the screw cap back onto the vial to a pre-defined torque. The DeCapper step can be incorporated at any point within the automated sample preparation process using the MPS. The DeCapper can be used with 2-mL, 4-mL, 10-mL and 20-mL vials.

During automated sample preparation, magnetic screw caps on vials can be unscrewed and screwed on again. The substance inside the vials is then freely accessible, for pipette tips for example. If you are using a syringe, no septum particles will be punched out. The septum remains tight and septum bleeding will not occur. The pre-defined torque when screwing the caps on means that the vials are tightly sealed again. Thanks to the MAESTRO software, controlling the system as a whole is simple and intuitive. 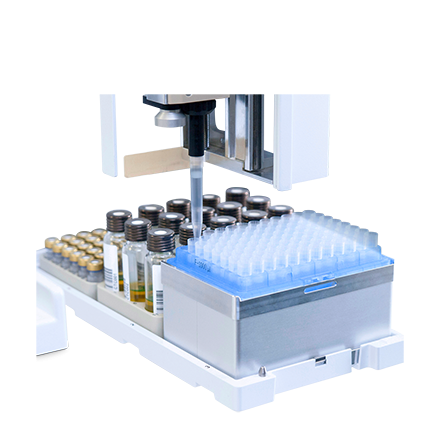 The Pipette tool is a tool for the Multi Purpose Sampler MPS. It allows substances to be processed using pipette tips.
FlowCell 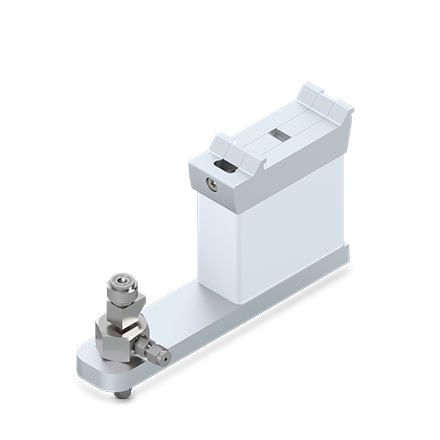